Michael Brown, captain with the Michigan State Police and Republican candidate for Governor, took Governor Whitmer to task today for her failure in the war on drugs.

“Whitmer has refused to fully fund narcotics enforcement in Michigan,” Brown continued, echoing a point he brought up in the first debate between the Republican candidates for Governor.

“She has hamstrung law enforcement during her entire term in office,” Brown added.

He stressed that he has two coexisting priorities – putting drug dealers out of business and helping citizens recover from drug addiction.

“We should be going directly after the source, the drug dealers that are bringing fentanyl, methamphetamine, and cocaine into our state,” Brown said. 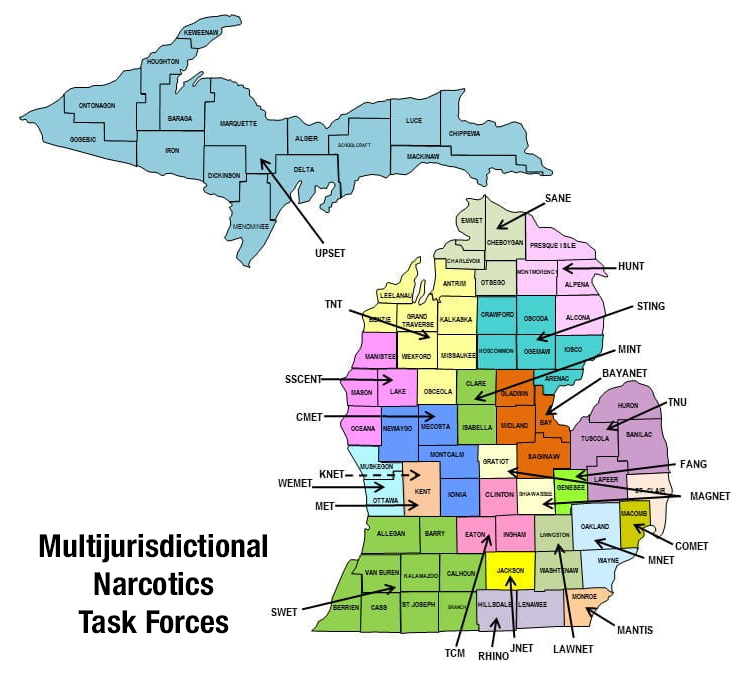 “This impacts every county in Michigan, from the upper peninsula to Monroe County. As Governor, I will ensure that our narcotics enforcement is fully funded.” Brown pledged. “Right now law enforcement agencies must rely on asset forfeiture to piecemeal their budgets in hopes of obtaining enough funding to get the job done. We have multi-jurisdictional narcotics task forces like UPSET in the upper peninsula that are doing great work, but must spend an enormous amount of time fundraising to keep the lights on.”

“This is a ridiculous way to approach public safety,” he stated. “We must fully fund our anti-drug efforts to give law enforcement the tools they need to get these illegal drugs off our streets and put the drug dealers behind bars.”

“While Whitmer spends tens of thousands of dollars for unnecessary signs for MDOT, narcotics teams are basically holding bake sales to pay the bills.”

Brown also added that he is the only candidate for Governor to put forward a comprehensive public safety plan. Called “Safe Communities, Safe Michigan,” the main points of Captain Brown’s plan include:

“Whitmer’s casual indifference to the suffering in our state and to the real struggle our narcotics enforcement officers face every day is just one more example of why voters will reject her this November,” Brown concluded.