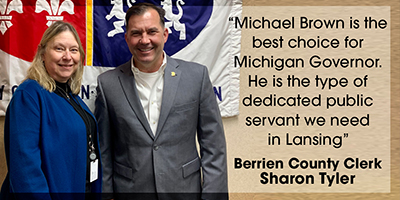 “Michael Brown is the best choice for Michigan Governor,” stated Tyler. “As a life-long Michigan resident and the only candidate who actually has elected government experience, and continues to serve citizens as a Michigan State Police Captain, he is the type of dedicated public servant we need in Lansing. He will serve our state well as Governor.” 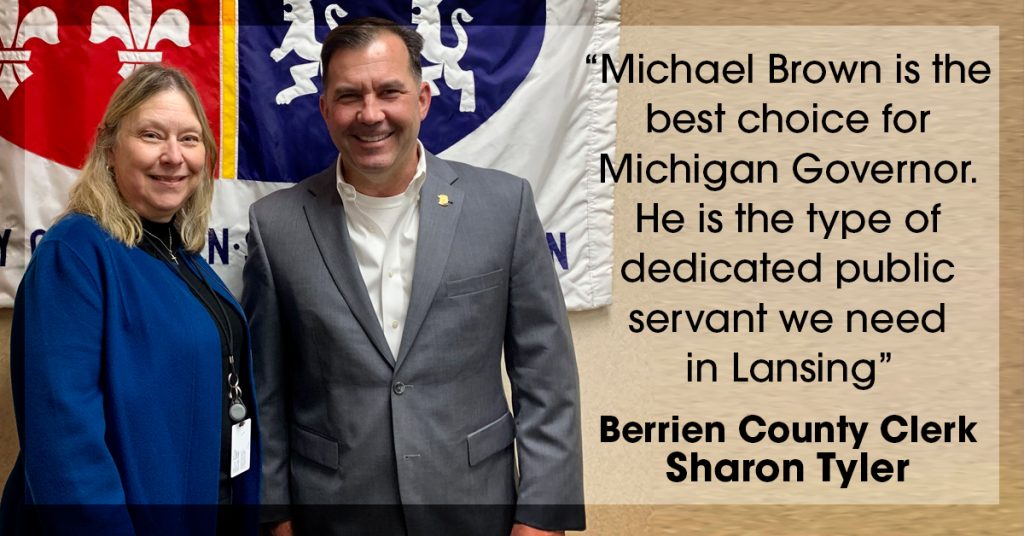 Brown commented that he is honored to receive Tyler’s support. “Sharon Tyler has distinguished herself as a smart and practical leader both in the Legislature and in her current role as county clerk. I’m honored to have her support.”

A more complete list of endorsements can be found here.