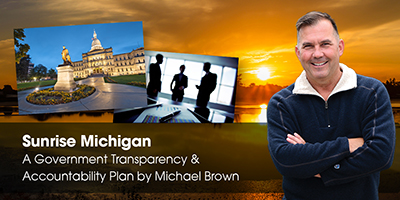 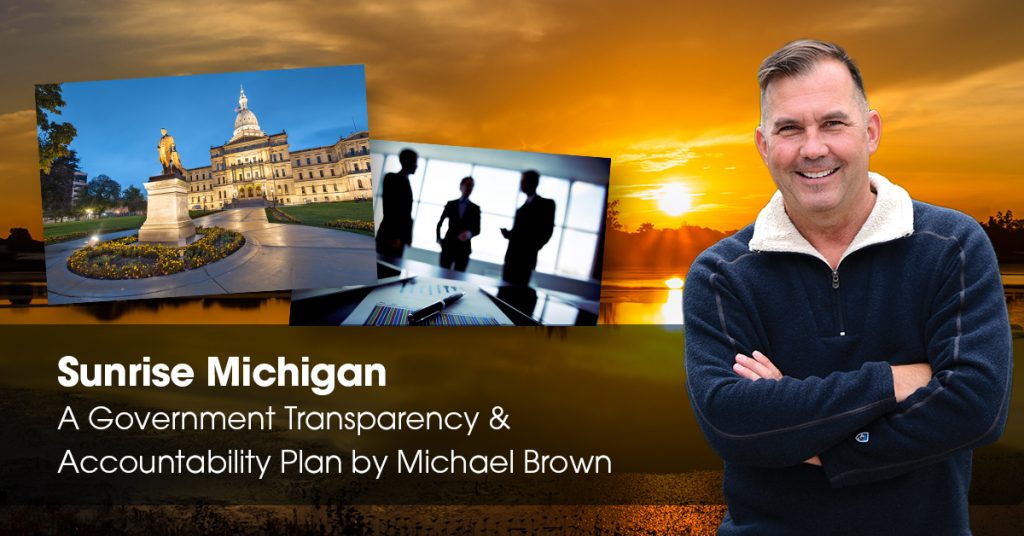 “My pledge to you is that every morning in Michigan when the government opens it will be accessible to its citizens,” says Michael Brown, Republican candidate for Governor as he unveiled his “Sunrise Michigan” plan.

“Throughout my public safety career, I have been subject to Freedom of Information Act requests. It’s how it should be in our state government as well,” he stated. “In state government operations there should be nothing to hide.”

Brown’s 8-point plan to ensure government transparency and accountability would open up the Governor’s office and State Legislature to Freedom of Information Act requests. Currently only two states exempt their Governor and legislature, and Michigan is one of them.

“Governor Whitmer pledged to open up the Governor’s office, but she has completely failed on her promise,” noted Brown. “During the pandemic, she conveniently hid her actions behind a wall of secrecy.”

“Whitmer could have voluntarily opened her office to FOIA requests, but she failed to do so. She’s only paid lip service to the idea of transparency in government,” he added.

Other points in Brown’s plan include:

“Excessive costs passed on to requestors is punitive and meant to discourage people from requesting information they have a right to see,” Brown stated. “In addition, many agencies find loopholes to allow them to take their time producing requested materials – sometimes delaying for over a year. This must stop.”

“You should not need an attorney to request information from the government and to hold your government accountable.”