“I first met Michael Brown in January 1995 when we were both commencing our first term as Berrien County Commissioners,” Ryman stated “I was a four year U.S. Navy veteran from the Korean War. Mike was a U.S. Marine veteran and a Michigan State Police officer.”

“The thing I noticed about Mike was that he didn’t mess around with carrying out the obligations of the Berrien County Commission,” Ryman continued. “He wasn’t there just to receive the health insurance and the pension.” 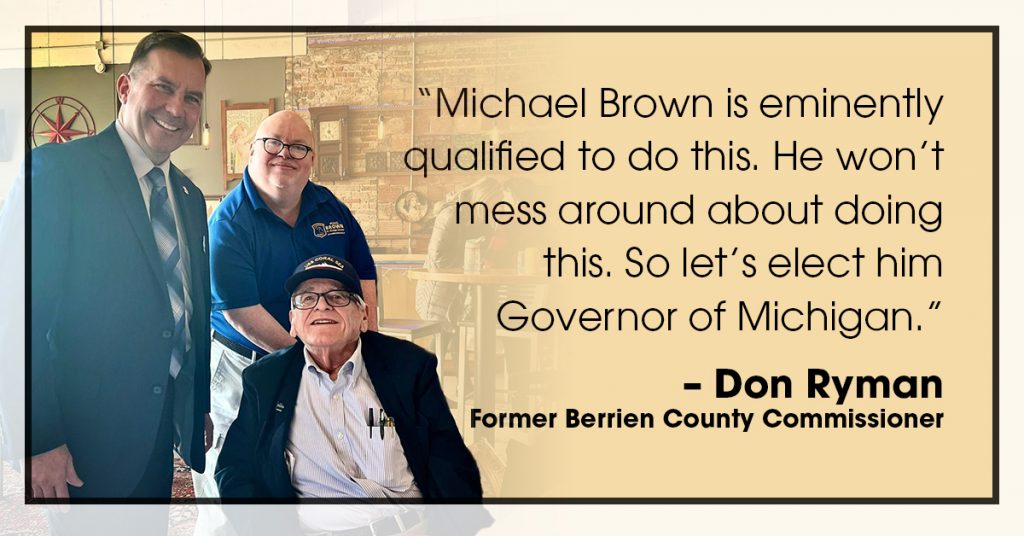 Brown commented that he considered Ryman a friend and mentor. “Don Ryman is a long-time friend, and someone who has dedicated years to serving the citizens of Berrien County. I’m grateful for his friendship and support.”

Michael Brown served two-terms as a County Commissioner before deciding not to run for re-election.

“He left the Commission after four years because his duties with the State Police moved him out of Berrien County,” Ryman added. “He has spent a lifetime of fighting evil. And these days there is a lot of evil to fight in Lansing and other parts of Michigan.”

“Michael Brown is eminently qualified to do this. He won’t mess around about doing this. So let’s elect him Governor of Michigan,“ Ryman stated.

Endorsements may be viewed here.