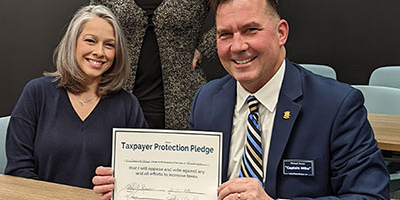 “I’ve signed the Taxpayer Protection Pledge as a show of my commitment to the people of Michigan,” Michael Brown said. “I will oppose any bill that raises taxes on Michigan citizens. We’re taxed too much already, and I’m committed to not only opposing tax increases, but to actually reducing taxes in Michigan.”

Brown noted that his proposal is to reduce the state income tax to 3.25% – even lower than the income tax reduction Whitmer vetoed.

“It was no surprise last week that Governor Whitmer vetoed the legislature’s effort to reduce the income tax,” Brown stated. “She continues to show herself as a big government, tax and spend liberal. Michigan needs a sensible Governor that will look out for its citizens, not the special interests.”

“Whitmer also vetoed the pause in the gas tax,” Brown continued. “Michigan citizens are hurting from Joe Biden’s policies that have unleashed record inflation on us. Pausing the gas tax was a logical step to help our citizens.”

Since 1986, Americans for Tax Reform has sponsored the pledge to hold legislators and candidates for office accountable. By signing, they commit in writing to oppose tax increases.

The pledge reads, “I, Michael A. Brown, pledge to the taxpayers of the state of Michigan that I will oppose and vote against any and all efforts to increase taxes.”

Among Brown’s other proposals are plans to immediately end the pension tax, ensure that sales tax collected on gas purchases are used for road repair, and implement a sustainable balanced budget that limits spending increases. 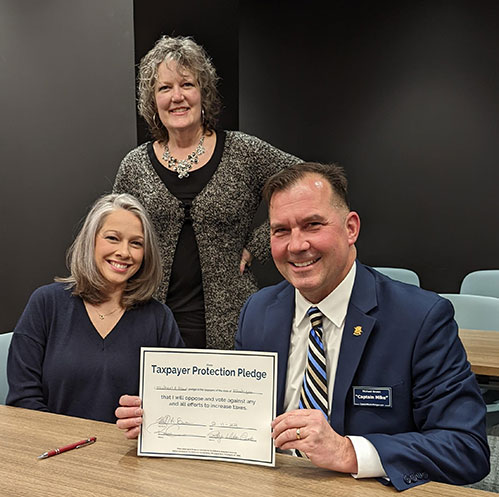