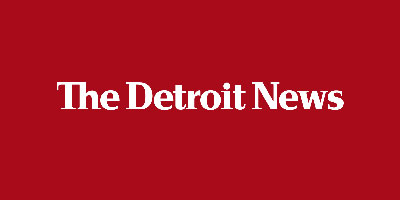 The Detroit News recently featured Michael Brown in a profile piece discussing his background and his views on issues. The article is reprinted below, and the original article can be read here.

GOP candidate for governor rejects ‘stolen’ election claims: ‘I chart my own course’

by Craig Mauger, The Detroit News

Lansing — Michael Brown says he’s different than the other Republicans running to be Michigan’s next governor. For one reason, he posted his phone number on Facebook so people can contact him directly, he notes.

In a couple of weeks, he adds, he plans to pull his wife’s Chevrolet Cruze into the driveway and change the brakes himself.

“I’m a real guy,” says Brown, a captain within the Michigan State Police, who wears a pin marking 30 years of service to the agency. “I’m a real worker. And I love working with my hands.”

Brown, 56, of Stevensville has also found a diverging position on one of the most controversial topics in this year’s GOP primary: whether Michigan’s 2020 presidential election was stolen from Donald Trump. Straightforwardly, Brown says it wasn’t. 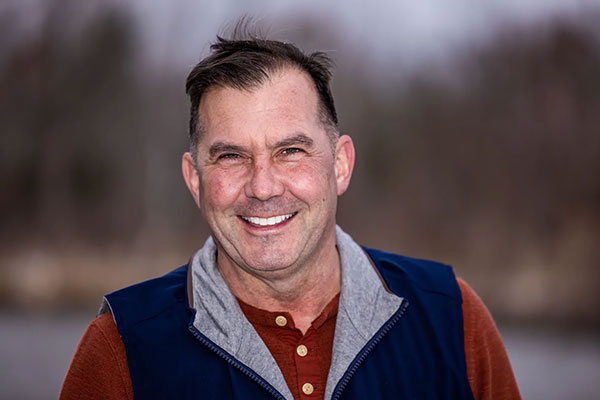 GOP Gubernatorial Candidate Michael Brown in front of a pond on his property.
Trump lost the election by 154,000 votes or 3 percentage points to Democrat Joe Biden despite unproven claims from the former president and members of his party, including some of those running for governor, of widespread fraud.

“I deal with facts, and I go with what I think is right,” Brown explained in an interview. “That’s how I operate.”

Brown is in a crowded field of 11 Republicans hoping to be their party’s nominee to challenge Democratic Gov. Gretchen Whitmer this fall. He doesn’t have the money some of his opponents have. He doesn’t have the name recognition that some have. And he’s not aggressively pursuing Trump’s endorsement like others are.

But Brown believes his path to victory lies in getting his name on the ballot, working to increase awareness of his campaign and crisscrossing the state to meet voters where they are.

Brown said while he’d welcome Trump’s support, he’s trying to chart his own course to the governor’s office.

Asked if he can do it while disagreeing with Trump, the most influential figure in the party, on whether the 2020 election was fraudulent, Brown said voters want someone with fortitude who says what they think and doesn’t pander.

Some Republicans believe he has a chance to pull an upset in August if he can find a way to get his message out.

There’s a faction of the Michigan GOP that wants to run on Trump’s agenda alone, said Denny Grosse, chairman of Berrien County Republican Party. There are others, although they might be quiet, who support the former president but want to focus on future elections instead of the one that occurred two years ago, Grosse said.

Brown’s approach will be “refreshing” for them, the chairman said.

Known as “Captain Mike” because of his position in the Michigan State Police, Brown grew up northeast of Grand Rapids in Grattan Township, where he worked on local farms and milked cows as a kid.

He went to Belding High School. After graduation, he joined the Marine Corps, departing on his 18th birthday in 1983. He served four years before returning to Michigan, where his uncle’s neighbor was a recruiter for the state police.

“I got to talking to him,” Brown recalled. “And he said put in an application.”

Last year, Brown made what he jokingly described as an “audacious” decision to run for governor. He had been watching “chaos” unfold in the state with Whitmer’s response to COVID-19 pandemic and the “defund the police” movement, he said.

In Michigan, children were out of school and “horrible” decisions were being made while other states were still operating effectively with students in class, he said.

He also saw the field of potential Republican candidates and said he realized he had the knowledge to win the election. Eventually, he told his wife, Lori, that he was thinking about running.

“I am seriously in this campaign to win,” Brown said. “I think people are recognizing it.”

Brown is now balancing his day job with the Michigan State Police with his campaign for governor. Between the two, he’s working 80-100 hours a week, he said.

While Brown has only raised $145,682 for his campaign, he’s managed to pick up endorsements from some law enforcement officials and grab headlines by challenging former Detroit police Chief James Craig, whom many see as the front-runner, on public safety issues.

Sitting in the gallery of the Michigan Senate on March 3, Brown vowed that he will make the ballot in the governor’s race, which would be a significant achievement.

Candidates need to submit 15,000 petition signatures by May 11 to get their names on the ballot for August’s primary. As of March 3, Brown had gathered about 14,000, he said.

“I am the only candidate who can campaign hard enough, everywhere in Michigan, to beat Whitmer,” Brown contended.

Other candidates, such as businessmen Perry Johnson and Kevin Rinke, have vowed to pour millions of their own money into their campaigns. And Craig has already reported raising about $2 million.

Brown will have to find a way to raise more money to be successful and to avoid being swallowed up by others’ TV ads.

“We’re on track for a record amount of spending in this election,” said Simon Schuster, executive director of the nonprofit Michigan Campaign Finance Network.

The 2018 race for governor drew about $93 million, according to MCFN’s tracking.

But in a field of political outsiders, Brown says his experience in elected office and his record as a Republican help set him apart.

At the age of 27, Brown was elected to the Berrien County Board of Commissioners, beating an incumbent. He served two terms before not running for reelection. 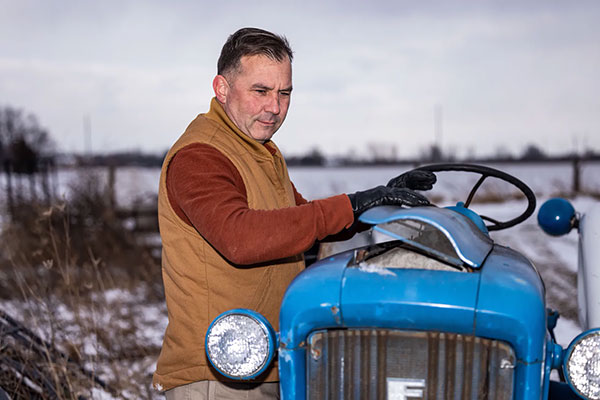 Michael Brown, a Michigan State Police captain, grew up northeast of Grand Rapids where he worked on local farms as a kid. He is among 11 hoping to challenge Democratic Gov. Gretchen Whitmer this fall.

He’s undefeated in campaigns — something he likes to bring up as he’s talking to voters. He also likes to mention that he’s been a lifelong Republican.

Asked if he talks about that because there are questions about other candidates’ political histories, Brown responded with a laugh, “I am talking about myself. But it could apply to people.”

Brown has repeatedly criticized Craig, the former Detroit police chief, during the campaign. Both candidates have focused on their public safety backgrounds. Some opponents of Craig have questioned how long he’s been a Republican.

When he began talking about his plans to run for governor, Craig told reporters he had been a conservative for at least a decade.

“Yes, I am a Republican,” Craig said in May. “I’m conservative, and many of you already knew it.”

Brown said a difference between him and Craig is that he has been a certified police officer in Michigan for 34 years. His background has helped him score endorsements from Hillsdale County Sheriff Scott Hodshire and St. Joseph County Sheriff Mark Lillywhite.

Berrien County Prosecutor Steve Pierangeli said he’s worked with Brown for years and sees him as someone dedicated to public safety and protecting children.

“I am not a political analyst,” Pierangeli said of Brown’s path to victory. “But you never know what happens in politics.”

Law enforcement agencies are having trouble keeping personnel, and the situation is a crisis, he said. Brown proposes creating scholarship and stipend programs for people wanting to attend regional police academies.

He also plans to boost police staffing in cities with high rates of violence.

On tax policy, he’s vowed to reduce “bureaucracy” and drop the state’s 4.25% personal income tax rate to 3.25%. His proposed rate is closer to those in Indiana and Ohio, he said.

For now, Brown is spending his time doing his job with the state police and on the campaign trail, he said. He gets up at 5 every morning. Sometimes, he doesn’t get home until after midnight.

On March 3, he stopped in Lansing for a series of meetings in the afternoon and then headed to Farmington Hills to speak at a Republican club meeting. About 40-60 people were expected to be in attendance.

Walking in downtown Lansing, he encountered two demonstrators carrying American flags. He said goodbye to a reporter and headed over to the potential voters.

“I had a great inspirational conversation with these ladies representing freedom in America and Michigan today at the state capitol,” Brown later posted on social media along with a photo of the two demonstrators. “See you on the campaign trail.”