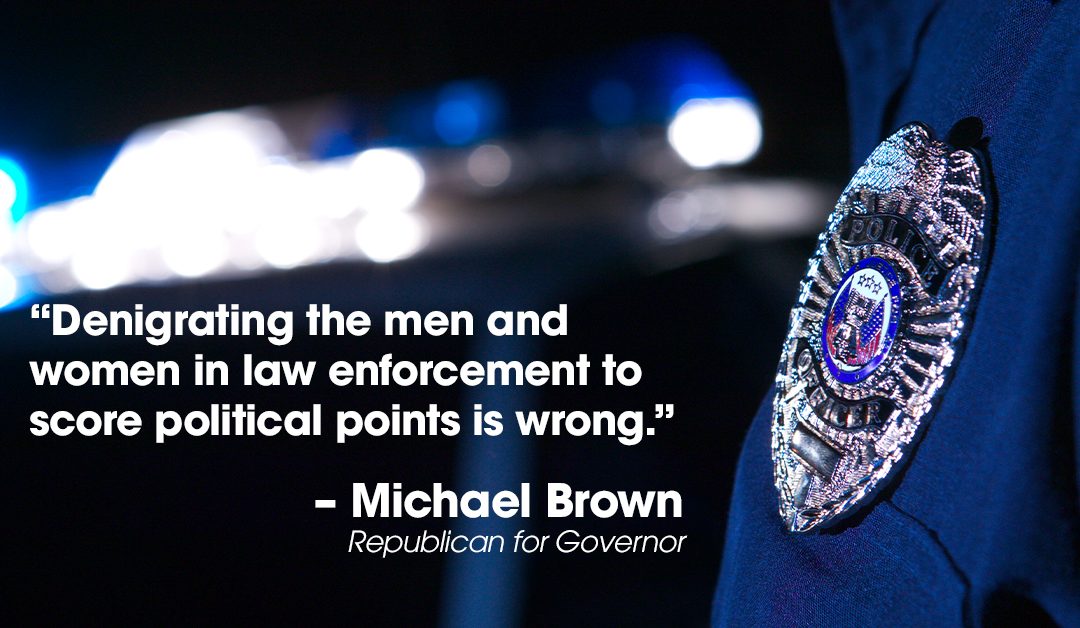 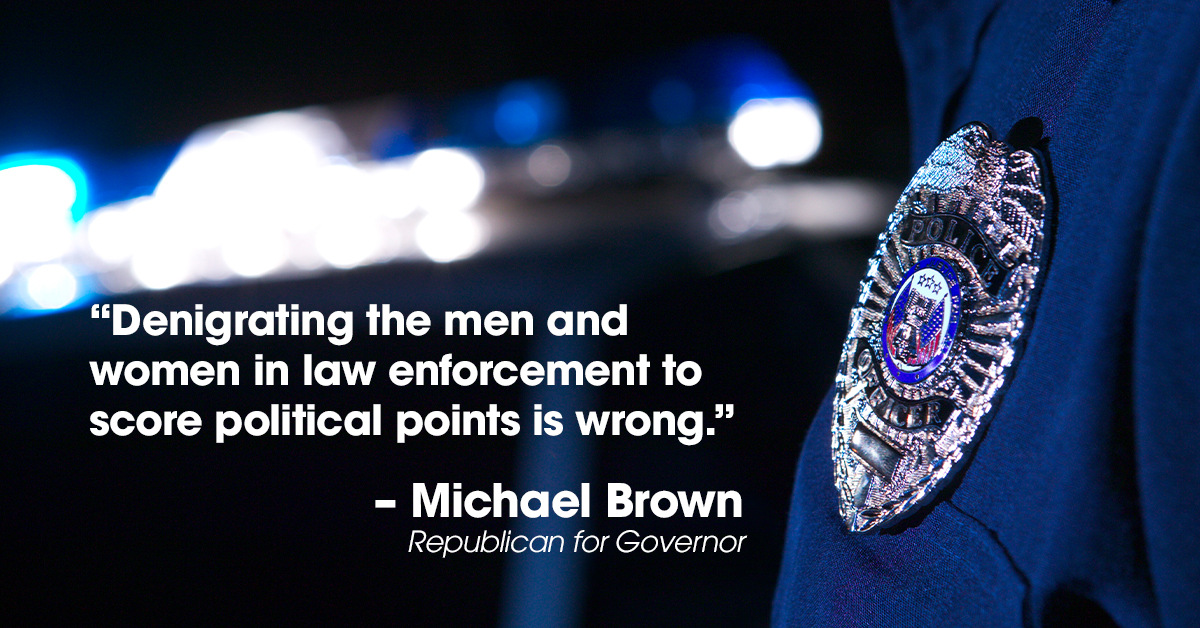 Brown – “Craig may as well march with the defund the police crowd.”

STEVENSVILLE — Michael Brown, a Republican candidate for Governor and currently a Captain with the Michigan State Police, issued a blistering response to a fundraising letter sent by former Detroit Police Chief James Craig.

“This is truly despicable,” said Brown. “Denigrating the men and women in law enforcement to score political points is wrong,” Brown continued. “James Craig may as well march with the defund the police crowd. That’s the type of disdain he is showing our officers.”

In the fundraising letter, which Craig himself signed, he blasts state troopers multiple times:

“But what we didn’t expect was for Gov. Whitmer’s state troopers
to completely stand down!” – James Craig

“In hindsight we should have anticipated the weak-kneed response
from Whitmer’s state troopers.”  – James Craig

“…so why wouldn’t her underlings abandon their jobs too?” – James Craig

“The Michigan State Police do not bow to the whims of a Governor as Craig asserts. He should know better, but then again, he’s not a real cop,” Brown said. “Craig never did receive his certification to be a police officer in Michigan.”

Brown referred to numerous confirmed reports that James Craig spent nearly his entire time (eight plus years) as police chief in Detroit wearing a uniform while not completing official certification to become a police officer in Michigan. Craig had pledged to become certified but failed to follow through in both Ohio and Michigan

“I’ve been a Michigan State Police officer for 34 years, and I’ve been certified by the Michigan Commission of Law Enforcement Standards,” Captain Brown stated. ¨This certification requires passing a written test, a firearms test, a physical and a psychological test, as well as filing documentation. Jim Craig did none of that year after year.”

“Contrast that to the state troopers Craig is disparaging. Every one of them is a certified officer, unlike Jim Craig,” said Brown.

“Now, James Craig is throwing the men and women of law enforcement under the bus to further his own political dreams,” Brown continued. “That’s disgusting, and very unfair to the dedicated law enforcement professionals who put their lives on the line every day.”

In the fundraising letter, Craig complained that his campaign announcement was “swarmed” by radical protesters, and he blamed Governor Whitmer, implying that she ordered state troopers to stand down. He repeatedly referred to the Michigan State Police as “Whitmer’s state troopers.”

“James Craig has shown he is not qualified to lead this state,” Brown added. “The Michigan State Police are not the personal police force of a sitting Governor – they are not ‘Governor Whitmer’s state troopers.’”

“I call on him to withdraw from this race. His unwarranted attacks on police officers call into question his judgment and his ability to lead. He certainly owes an apology to every state trooper serving today. I will be waiting for his call.”