Hunting, Firearms, and Whitmer. Oh, my. 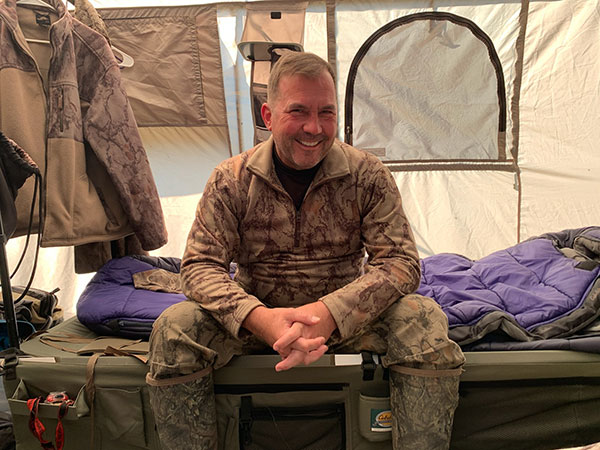 Hunting, Firearms, and Whitmer. Oh, my.

This past weekend I took a brief break from the campaign trail to clear my head while enjoying the great outdoors with some friends on our annual hunting trip.

Sitting in my blind got me thinking about Governor Whitmer’s action last year that put over 6,000 Michigan residents in the firearms and ammunition industry out of work. She called them “non-essential” during the coronavirus pandemic and shut down their businesses.

It was another of her shots (pun intended) at law-abiding gun owners.

She’s shown she’ll do whatever it takes to hurt us and deny us our rights.

Like so many of her decrees during 2020, she used her powers to unconstitutionally violate the rights of our residents and put people out of work. And she doubled-down on specifically targeting the firearms and ammunition business saying, “I would do it again. I absolutely stand by the decision that I made.”

Her attacks should come as no surprise though.

Even the Justice Department in a 2004 report found that the ban’s effects on gun violence were “small at best and perhaps too small for reliable measurement.”

Criminals will get guns. Her naive, pie-in-the-sky belief that criminals will somehow obey her bans and restrictions is just ludicrous.

In my 33-year career in law enforcement, I’ve actively worked to reduce violence in our cities. I can tell you there’s not a criminal I’ve arrested that hasn’t been violating numerous laws. There is just no rational explanation for the Governor’s naiveté.

One of the rifles the 1994 law banned was the Colt AR-15. AR-15 style rifles are the most popular rifle in the country and they’re used by hundreds of thousands of hunters.

Yet Whitmer would like to ban these and other “scary” firearms.

Whitmer also supports other extreme measures like “red flag” laws that would deny due process to the accused. She talks the typical liberal line of “closing loopholes” which is code for restricting constitutional rights.

Her public safety rhetoric is just a smokescreen for her real goal – to disarm Americans. That’s something we cannot tolerate.

Let me be very clear: I support our second amendment rights and will oppose any and every attempt to usurp those rights.

I’ve dealt with violent criminals my entire career. I’ve lost friends in the line of duty, and I understand the danger fellow officers face every day when they put on their uniform.

But banning “scary” guns is not the answer. It will only leave our citizens more vulnerable to the criminals who ignore the laws.

The media doesn’t talk about firearms that have been used defensively. That doesn’t fit the liberal narrative.

The Centers for Disease Control and Prevention has reported that nearly every major study on the issue has found that defensive gun use by Americans happens between 500,000 and 3 million times per year. Think about that. Americans defend themselves with firearms up to 3 million times in a year.

What happens when these firearms are banned and only criminals have guns?

That’s what Governor Whitmer and her radical allies want.

Is that what you want? To be defenseless in your home?

Join me. Make a contribution.