Passing the Buck in Benton Harbor 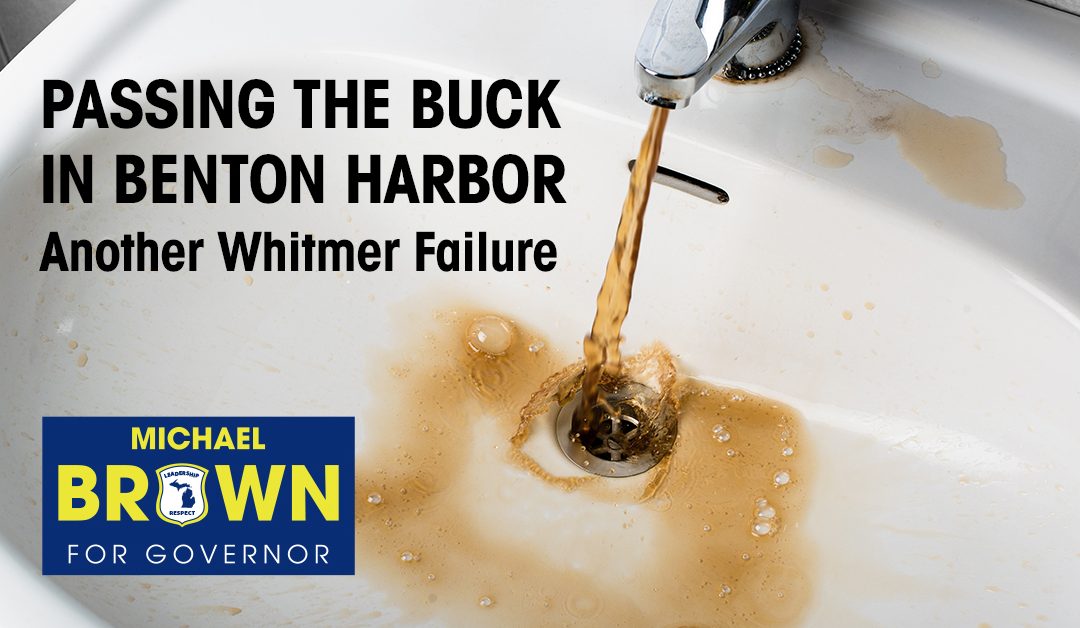 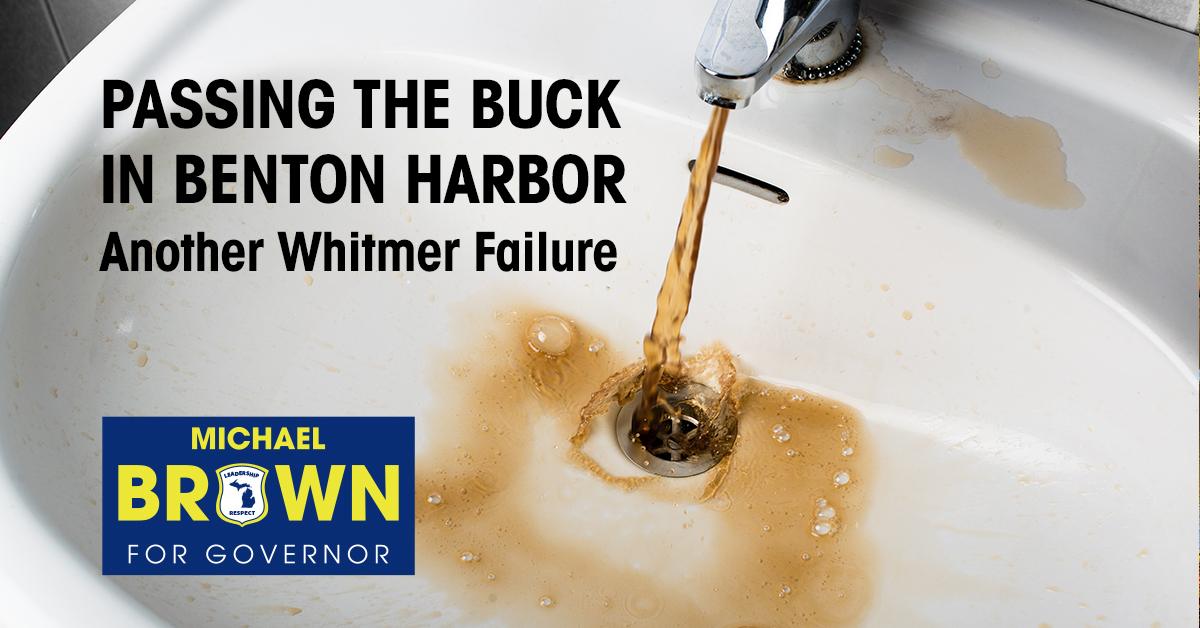 Passing the Buck in Benton Harbor

The crisis in Benton Harbor, Michigan could have been avoided, or at least mitigated, had the Governor and her administration acted when alarm bells sounded three years ago. Instead, Governor Whitmer ignored the warnings and pleas. 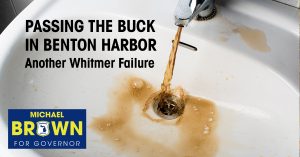 According to reports, water testing in Benton Harbor in 2018 showed lead levels more than 22 parts per billion (ppb) — higher than the Flint lead levels at the height of its crisis. Her administration knew that at the start of her term in office yet ignored the data.

To put things in perspective, at 15 ppb government officials are supposed to take action to educate the public and to restore water to safe levels.

It only got worse each year. In 2020 one home tested at 440 parts per billion for lead — nearly 30 times more than the EPA’s action level, and this year eleven homes have tested with lead levels above action levels. One home tested nearly 60 times above the EPA’s level at 889 ppb. These are extremely dangerous levels of lead contamination.

Burying your head in the sand won’t solve problems, but that’s exactly what our Governor has done. As testing went from bad to worse, she did nothing.

It took a larger public outcry and a request for intervention by the federal Environmental Protection Agency to get the Governor to finally pull her head out of the sand.

She’s belatedly issued an executive order as the state scrambles to fix the problem, vowing to replace pipes within 18 months. It’s good to finally see some concerted action, but still troubling.

Her administration still hasn’t warned residents that their water is dangerous to drink. Instead, they’re telling residents to use bottled water or boil their water, “out of an abundance of caution.”

Whitmer then dispatched the Lieutenant Governor to Benton Harbor to reassure worried residents that the state is trying to help. What was the famous line President Ronald Reagan delivered? “The nine most terrifying words in the English language are: I’m from the Government, and I’m here to help.”

But where is the Governor? She should be front and center on this. She should be in Benton Harbor passing out bottled water; meeting with locals and hearing their stories; and more importantly, explaining why she sat on her hands for three years as the crisis only got worse.

That would be leadership, but that’s not what we get from Governor Whitmer.

Instead, the Governor sends surrogates while she hides behind the secure gates of the Governor’s mansion in Lansing.

The buck stops with her. After all, didn’t she run on a platform that included cleaning up the state’s drinking water? Residents have a right to know why she ignored the problem for so long.

Three years is a long time when the health of residents is at stake. The Governor’s callous disregard for the people of Benton Harbor should alarm everyone in the state.

Whitmer’s lockdown orders that banished all state employees from working at their jobs and relegated them to their kitchens only made things worse. No wonder nothing was done. It was a situation that was ripe for failure with poor collaboration and follow through. Another example of Whitmer’s poor decision making.

Perhaps most telling is the comment by the Lieutenant Governor who said, essentially, “what happened in the past is the past.”

Bury your head in the sand. Pass the buck. Don’t take responsibility.

Michael Brown is a Republican candidate for Governor. The 33-year law enforcement veteran is currently a captain with the Michigan State Police. He’s a former two-term county commissioner in Berrien County. He can be reached at mike@captainmikeformichigan.com