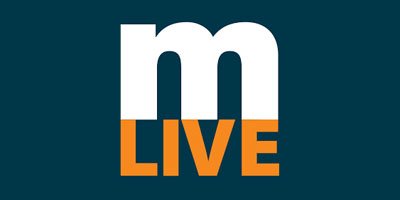 Following is MLive’s interview with Michael Brown, candidate for Governor.

Why are you running for governor?

Well, I’ll tell you when I was driving into work every day for the last year and a half I’ve just realized that the state was going the wrong direction in so many different areas, and whether it was education or public safety, or the treatment of citizens in the lockdowns and businesses and just declaring whole swaths of Michigan, non-essential. It just started to dawn on me that I had the right leadership to lead this state in the future. Based on my background in local government, I started out in the Marine Corps I’m a country kid at heart as you may know, and then just my knowledge of the whole state. And so I thought I had the right leadership qualities to lead the state in the future and I just saw one wrong decision after another occur from the governor’s office and her administration so that’s why I threw in the race, thought I could make a huge difference for the state.

… Some of my top priorities will be to increase the public safety in Michigan, that’s a huge issue that happens to be my specialty. So that needs to happen to return to safe communities and have young men and women, regain interest in law enforcement. Workforce development and education are another top priority. And also agriculture.

So those are three of my top priorities. Also we have to maintain the infrastructure of the state, but I haven’t seen many results on that, but that’s always, that’s an ongoing issue it’s not an emerging issue, infrastructure. So that’s something that’s just an ongoing project.

So, and really education. So I have four or five different things that I’m going to concentrate on as governor. We’ve seen the educational scores go down, high school graduation rates, dip in some areas. So those are my top priorities. I have a diverse agenda, as I call it, so I’m not going to be one-dimensional on one thing, but we have some key areas I want to concentrate on.

Do you believe that voter fraud reversed the results of the 2020 election?

No, there’s very, there’s a lot of people concerned nationally about changes in election laws and 2020. That election is done. So, I know there’s people looking into voter fraud in different areas. I support them looking into that to make sure we have a safe and secure election. So that’s my stance on that. The President speaks for himself on what he says for that. The fact of the matter is, and I’ve said this again, I’ll say it again. Joe Biden was sworn in as president. We need a safe and secure and a confident election in Michigan, and we have a pretty large segment of the population in Michigan and nationally that have lost confidence in elections.

What’s one thing people don’t know about you?

Well, when I was in narcotics, I probably did about 400 to 500 narcotics raids. So it was a very exciting time in my police career, challenging, but I had the right leadership to do that. And I’ll give you another fun fact, that when I was in the Marine Corps, I climbed Mount Fuji in Japan and was stranded on the top of it in a blizzard, for a day… So that was interesting, me and a friend, still joke about that, a friend of mine from the Marine Corps. That was something interesting when I was much younger.

Is it Michiganian or Michigander?

Michiganian, and a friend of mine was saying ‘Michiganiacs,’ just in humor. So I don’t really go either way on any of those… none of them sound good to me.